40 year old dad went from not being able to keep up with his kids or even run across the yard to inspiring and training alongside them
By: Josh Thomas

All the time spent away from his family came with costs. He had missed his son’s first year and a half of high school. Stuck at a desk the majority of his days, his back was left compressed. Hours on hours, miles upon miles of travel left his body sore and achey. Frozen meals and uncomfortable beds left him sleepless and sluggish. All of this effort was to provide the life he wanted for his family, but his body was getting beaten so badly he wouldn’t be able to enjoy what he worked so hard to create. These should have been prime years of his life, but his body was stuck in an unsustainable cycle.

From Texas, to Illinois, to Florida, Matthew Giglio is no stranger to packing up and moving his life in the interest of family.

As a 23 year old engineering student in college at Texas A&M years ago, he and his wife Stacey Giglio welcomed their first child. Typically, the pressures of an engineering course load, prospective career paths and a growing family would add up to intense pressure that would be a lot for a college-aged young adult to handle. 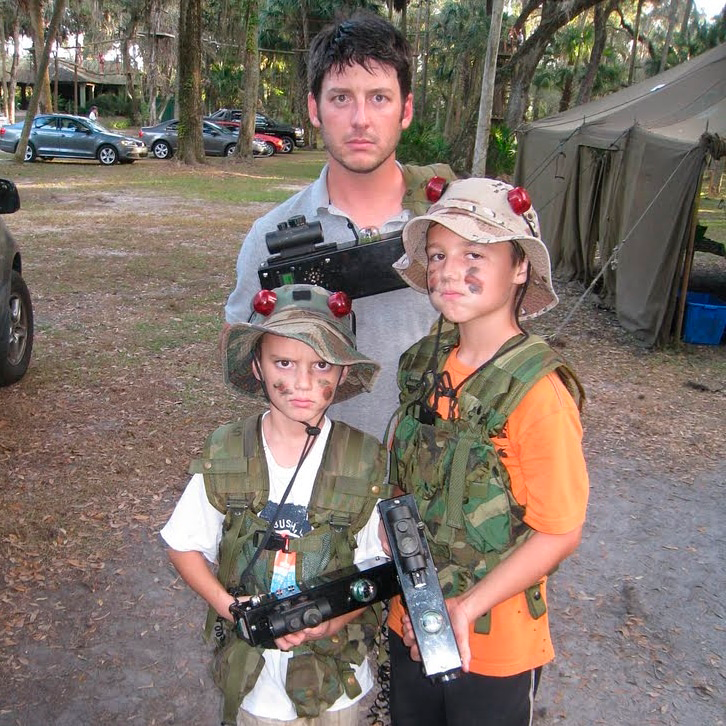 Matthew Giglio and his sons Ashton and Gavin in 2012.

“Things don’t generally stress me out. I’ve always had a good family support system,” Giglio said. “Life became about working and taking care of the kids. We’d plan our classes so that whenever I got out of an 8:30 class, my wife was there with the car with my son in the backseat and she’d get out of the car and go to class and I’d go home.”

It was a time that Giglio genuinely enjoyed. Growing up in Texas, his childhood was always centered around community and family. He strived to create the same environment for his kids as he was building a family of his own.

After he was finished with college, entering the workforce put strains on the system he was creating.

“It was tough to try and get a first job, it’s always tough when you feel like you don’t have experience. I got an hourly job as a contractor. I did that job for a few years before getting on with another company. That new company moved me to Chicago for a stretch,” Giglio said.

“Unfortunately, we had an unexpected death in the family and that motivated us to move back closer to the rest of my family.”

Matt and his family looked to relocate back to Texas or Florida to be closer to their relatives. Giglio took the first position he could find in Florida and he convinced his mom and sister to move down with them as well. After moving down and working for a few years though, Matt was laid off.

“I had been working on police radio systems in Central Florida. That’s a very niché career position and my experience was very specific, so it didn’t translate well. Trying to find another job was difficult,” Giglio said. “During this time, I started working out with some friends. It was a group of four of us and we’d work out together everyday. It was my first time really working out. 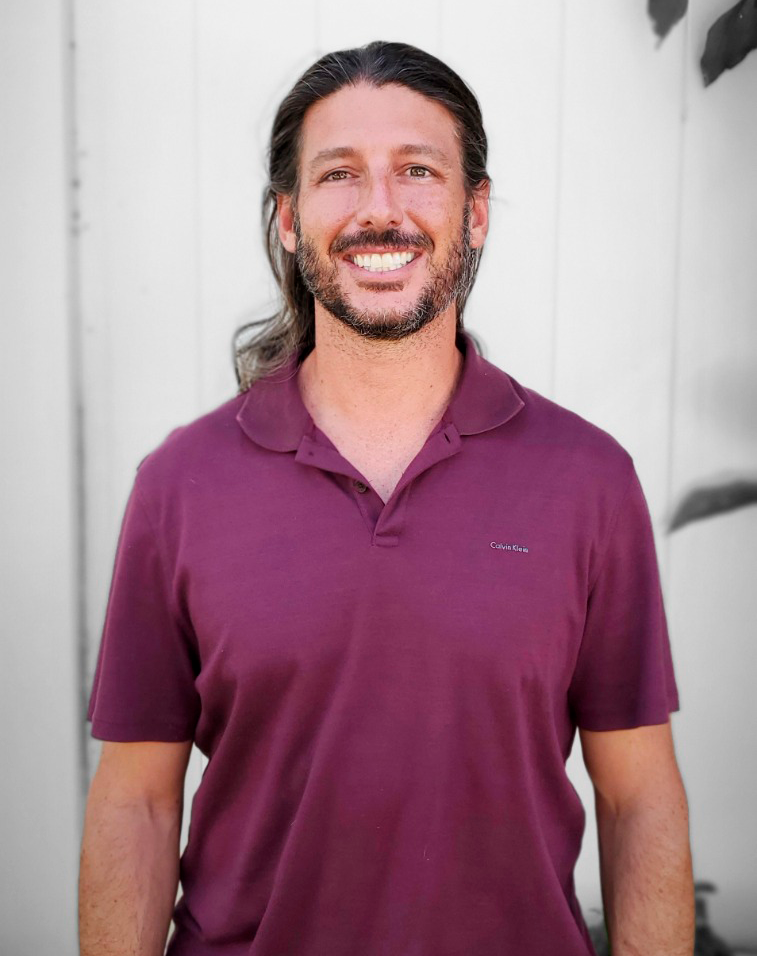 Although he participated in sports growing up, Giglio never considered himself an elite athlete and he didn’t workout in gyms because he didn’t feel that he knew what to do.

“I was small and weak and I didn’t feel comfortable,” Giglio said. “We did that routine for a few years and then I got another job, this time in Tallahassee. It was a job I didn’t really want to do because it was so far away but I had to get a job. I had to go live in Tallahassee Monday through Friday. It was a big deal to leave my family. ”

Once again, Giglio found himself on the move. Even though his family wouldn’t be accompanying him back and forth from Tallahassee, he knew they were the reason why he wasputting in the work, just as they had been all along, from Texas to Chicago.

With such a demanding work and travel schedule, his health and wellness took a toll.

“I was working roughly 60 hours a week. I’d leave on Sundays around 8 p.m. and get to Tallahassee around midnight. Then have to get up at 6 a.m. and work until 6 p.m.. I was eating unhealthy TV dinners and go back to an uncomfortable Airbnb,” Giglio said. “I tried joining gyms up there, but this time I didn’t have my friends to teach me. I would get in there with all these people and be overwhelmed with what to do and how to train.”

He didn’t know many people in Tallahassee so he spent a lot of time alone. After months into his new position, Giglio started running the project he had been working on and decided enough was enough.

“I said I’m not coming up here anymore, I proved myself. They agreed and said I could work from home,” Giglio said. “But before I left for Tallahassee, I could always hang with my kids physically and keep up with them. I would coach football for them, help with my son’s wakeboarding, I could run with them. When I got back, suddenly I noticed I couldn’t run anymore. It would physically hurt just to try to run. All that time sitting at work for so many hours, it was the first time I had ever been that stagnant for that much of my life.”

Nearing his 40’s and all the time put into his career had run its course on Matt. Finally being reunited with his family should have been a joyous time, but he wasn’t physically able to put his all into it.

“That was super depressing,” Giglio said. “It was around this time I started seeing Justin Cobb and Brantley Hawkins’s stuff on Instagram. My son Gavin was wakeboarding and they were working with a lot of those athletes, so we went and saw them. Eventually Gavin and I signed up to work with them.”

Cobb and Hawkins, the founders of New Dimensions Wellness Club, immediately identified the Giglios’ needs and imbalances and got to work. Giglio and his family jumped into everything New Dimensions has to offer.

“Matt was struggling to keep up with his kids,” Hawkins said. “He noticed his body wasn’t able to perform anymore. The Giglios embraced every aspect of what we do. He’s made huge improvements in his body, not only from a physique standpoint, but he is able to move and be athletic again. Matt not only trains alongside his sons but also keeps up with and pushes some of the professional athletes at the club.”

Embracing challenge was nothing new to Matt, as he had done since he started his family.

He welcomed it. This time, he had his family by his side every step of the way and excelled with the familial atmosphere of New Dimensions. Matt, his wife Stacey and his sons Gavin and Ashton all became integral faces of the New Dimensions community.

“They have classes that teach you how to move better, they’re focused on movement and stability,” Giglio said. “Before New Dimensions, I was unable to even run down my yard. I was in bad shape. Ashton wanted to come into classes with me. Gavin was wakeboarding and getting hurt before. Now, they’re getting educated and learning a lot about fitness and health. The nutrition side of New Dimensions has really opened our eyes.”

With the New Dimensions system, Matt and his family were not only able to build up their health, wellness and fitness, but they were able to do it together, spending quality time that Matt was forced to miss out on due to work.

“I started working with the Giglios when we started our strength programming. I love being able to witness their consistency,” Director of Operations Dana DiStefano said. “They’ve grown tremendously in their wellness journey through both movement and nutrition.”

Matt excelled once he was finally able to again establish a sense of community and belonging. He had rebuilt the foundation that he once had when he used to work out with his friends. He had found a community that not only embraced him and his family, but pushed them to grow and thrive.

“We trusted New Dimensions to guide us, we are all on the same page. All the people in the classes are great, we create the atmosphere we want,” Giglio said. “My whole life is work, go to sessions at New Dimensions and taking care of family stuff. I want to get better at everything I do when I’m in there.”

“It has given me a club to be a part of. It’s made up of people I enjoy talking to and being around. New Dimensions is my sport.”