“I’ve worked with a lot of trainers in the past. New Dimensions was my first time getting the whole package in one place. I learned more than ever about the connections in our body and how everything ties in and plays a role in living a healthy life and especially in my athletic performance.”

Pro golfer Motin Yeung came to New Dimensions with doors unlocking in his career, but impingements and pain locking his body. Born and raised in China, Yeung picked up golf around the age of 13 and placed well in early tournaments. In just a year’s time, he won his first events. Yeung realized he could use golf as a tool to make a better life for he and his family. He set his sights overseas to the States.

An honor roll student as well as an up-and-coming golfer, Yeung attended Duke University. The Duke golf alum arrived at New Dimensions with serious history of pain in his right wrist and imbalances in his body. 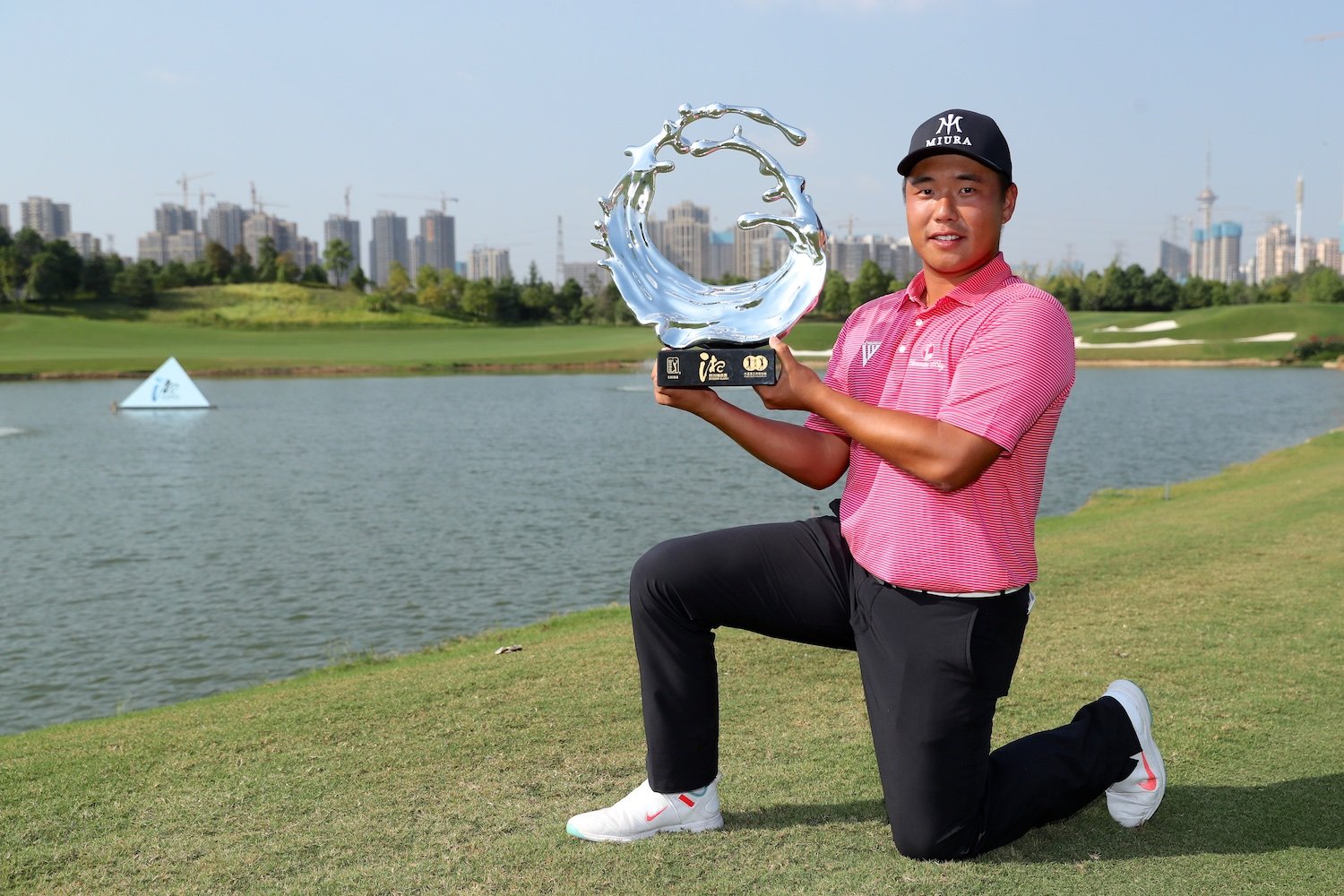 “My wrist was really limiting me at the time,” Yeung said. “It was bad and I couldn’t figure out why. There was serious pain on impact.” On top of that, Yeung had noticed some issues in his swing. At the time, he felt he wasn’t hitting consistently.

“I saw Motin that day and halfway through the session, I had him swing after I did some work on him,” New Dimensions cofounder Brantley Hawkins said. “He said, ‘it’s fixed!’. What he had thought could potentially be something wrong in the swing, was actually something wrong with the body not being able to move the way it needed, so it altered his swing.”

Muscles had tightened without Yeung knowing. By getting his body moving and aligned, Yeung was able to address his issues and other impingements he hadn’t even realized were in the way. He especially gained knowledge and benefit from working with Wellness Director Dana DiStefano.

“It’s a one-stop shop. Everything you need is in one place. Working with the nutrition team and Dana, I learned so much about the role that plays into things as well,” Yeung said. “I was able to get to know my body better and understand where I truly need to improve.”

Yeung’s intelligence and focus that he has displayed from a young age shines through in his training and approach.

“Motin is very easy to work with. His body responded well to our system and he’s a pleasure to be around,” cofounder Justin Cobb said. “It takes a different level of focus and approach to be a professional and he has that and displays it in his training.”

As the new year approaches, Yeung is reflecting on his journey thus far, while also keeping a keen eye on what might lie in the future for his career. He’s been all over the world at this point, but has much more he wants to see. Regardless of where he goes, he appreciates the
people and places that have been there for him.

“There’s lots of places that do training. At New Dimensions, everyone is working together with you and focused on your goals. To me, that’s what makes it so special.”