From Lucea to Orlando: Robert Jolly’s journey through New Dimensions

If you walk the facility of New Dimensions Wellness on any given day, there is a high chance you’re going to see the smiling face of Mr. Robert Jolly, one of New Dimensions’s longest running members.

That’s if trainer Gunner Daft isn’t yet putting him through the wringer.

“This guy is trying to kill me!” 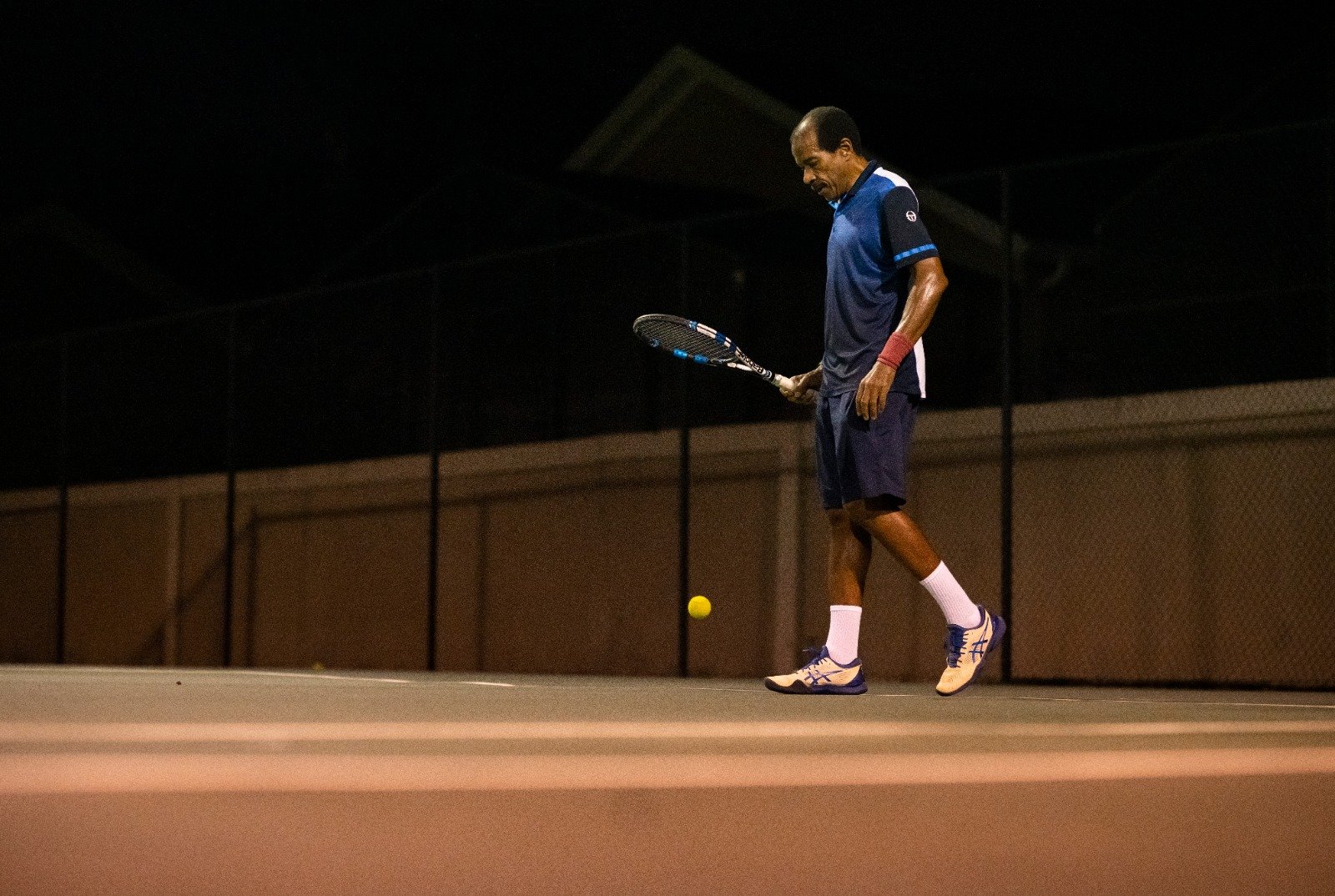 Not an uncommon phrase to hear from Robert during his sessions with Gunner. He’s joking, of course, but it would take a lot more to throw Robert off track after the work he’s put in and the journey he’s been through to get to where he is today.

“I’ve had the pleasure of training alongside Mr. Jolly for close to 10 years now and his energy has always brightened any room he enters,” Daft said. “Over the last few months I’ve transitioned to training Robert. The amount of dedication and drive he has is nothing short ofinspirational. He’s up to any new challenge I present him.”

Growing up near Lucea, Jamaica, a small coastal town in the northwest section of the island, Robert grew up with a large part of his family in a rural, farming community that presented challenges of its own.

“At the time as a young man growing up in Jamaica, as it was in a lot of small islands, there wasn’t much to do,” Robert said.

So, he turned to competition. Athletics were a huge part of Robert’s childhood and he ended up representing his school in all sports, even bringing a regional soccer championship to his town as captain of the team as a midfielder. He also participated in racquet sports like badminton, ping pong and tennis.

In addition to sports, Robert studied different languages like French, Spanish and Latin growing up and became interested in foreign relations, deciding to study it in college. He was accepted to Howard University in Washington, D.C. and would come to the US for the first time.

“There was a mass exodus of people from the island at the time and if you were a student, your future was uncertain. Options were limited,” Robert said. “Luckily, I decided I wanted to do anything related to foreign relations. I wanted to be a diplomat. Studying languages, I liked the culture. I thought this would be a cool thing to do, live in other countries. So that’s what I did.”

After studying in D.C. for a bit, Robert grew bored with the curriculum and decided to change majors. Along the way, he had taken business electives and he chose to pursue it as a career. He ended up transferring to Hunter College City University in New York and got his finance degree. After graduating, he found himself wanting more of the outside lifestyle he grew up with. He had vacationed in Orlando before and decided to make the move in 1987, where he found employment in financing, a career he is still in today as CFO of a premier construction company.

Enter the stresses of high level accounting and finance work.

“Early on, with the demands of a career and family, I found that I had very little time for any recreational activity. I was the proverbial workaholic. It caught up with me. I remember I had just completed an annual physical. My doctor told me I had high blood pressure. He said my weight was beginning to be an issue. I was pushing 245 pounds on a 6’2 frame,” Robert said.

“It was shocking. I never thought I would deal with that. I was shaking my head in disbelief. I said I have to start paying some attention to my health.”

Having played tennis back in high school, Robert was familiar with the game. After getting the news on his health, he went to play with a friend on their neighborhood courts. While there, they witnessed a match being played by two teaching pros.

“I was impressed by the level of play and decided that this was the level at which I wanted to play. I signed up for lessons immediately. This was the beginning of my love for tennis. I committed to lessons four times a week. I had to “relearn” techniques. My entire game was revamped. After about twelve weeks, I noticed improvements and was encouraged to participate in local tournaments,” Robert said. “I jumped in wholeheartedly.”

Robert rose through the ranks quickly.

“I became addicted to competing and after some initial failures, I started winning on a regular basis. I was the year end number one player in my division for two consecutive years,’

Robert said. “With that result, I was bumped up to the next level and finished the year with a number two ranking.”

With his play and activity level, Robert got his blood pressure back to a normal level and his weight was in a more acceptable range. However, there was a new trouble to face. With the amount and level of tennis he had been competing in, Robert began to feel tremendous pain in his left knee.

“Looking back I realized I was playing a great deal of tennis. Most of the surfaces were hard courts and I was told this was the contributing factor to my knee injury. This would sideline me two weeks at a time. The initial diagnosis was osteoarthritis,” Robert said. “Treatment protocol included mega doses of ibuprofen and weekly outpatient visits where they would drain fluid from my knee with an oversized syringe. A new treatment at the time involved injecting a solution containing hyaluronic acid directly into the knee joint. I tried this with very limited success. A surgical solution was recommended, but I opted for physical therapy instead.”

Turning his attention to physical therapy, Robert settled on a facility closest to work and home. There he met Justin Cobb with whom he worked with for twelve weeks, just prior to Justin opening his own facility, New Dimensions Wellness. Robert noticed he had made “tremendous progress” with Justin so when Cobb opened the facility, Robert followed.

Fast forward years later and Robert is still going strong with his training and wellness with New Dimensions. He also started working with New Dimensions nutritionist Dana DiStefano in May 2021. Robert started at 199 pounds and has since gotten to 183 pounds, while also dropping his body fat percentage from 18.4 to 10.4.

“Robert has embodied the New Dimensions system and has supported us from day one,”

Cobb said. “We have watched him go from being a man who was told to never play tennis again, an integral part of our culture. We are honored to have him in our community.”

When you enter New Dimensions, the stories of its members, the progress they have made and the obstacles they’ve overcome are exactly what the culture of the facility was built on. Robert Jolly is exemplary of that.

“One of the enduring memories of this experience has been Justin’s insistence that I was going to recover from my injury, period,” Robert said. “My collaboration with New Dimensions has been one of the most productive experiences in my life. I have not had to do surgery and am back to playing tennis four, sometimes five times per week.”

Robert plans on making a return to competitive tennis soon, a far shot from being told by doctors that he should no longer play. He has no doubt that New Dimensions played an instrumental part in getting back to this point.

“When I look back at the Robert from ten years ago to Robert now, it’s been a transformation.”